skip to main | skip to sidebar

Save The Skee-Ball Machines Of My Childhood! 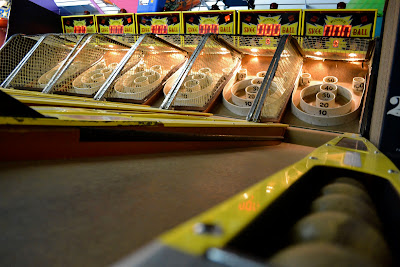 Visiting the Jersey Shore this weekend, I made a disturbing discovery: the arcades seem to be getting rid of the old-school games! What is going on?

It looks like the venues that were once filled with video games, pinball machines, rows of Skee-Ball machines, and a few ticket-spewing games of chance are turning into faux casinos. While my findings are not scientific--I only visited two boardwalks, Point Pleasant Beach and Seaside Heights--the venues I checked out were filled with video poker, one-armed bandits, too many claw machines, and the elderly. The old games were off in the back corner, and instead of oozing the vibe of fun electricity, the places smelled of the same sad desperation one finds in dingy old casinos.

I am officially worried, especially when it comes to the fate of my favorite seaside amusement: Skee-Ball. On Day 1 in Point Pleasant, there were no old Skee-Ball machines at any of the open arcades. The groovy yellow, red, and white machines of my childhood had been replaced by shorter, pink and blue monstrosities that cost 50 cents per play! Unacceptable. 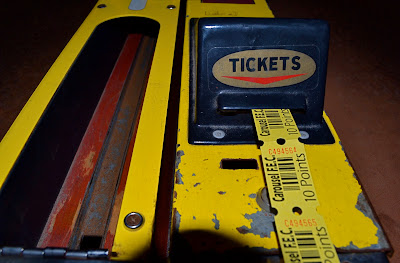 On Day 2, after visiting a few of the Seaside Heights arcades that had also switched over to the pink and blue horror machines, I finally found some of the old ones--to my great relief--at Carousel Family Entertainment, a fabulously old place that still smells like the boardwalks did when I was a kid.

Now, I understand that these wonders of seaside happiness are probably on their last legs (one had no sound, another ripped me off), but the old Skee-Ball machines are so worth saving...if only for my own personal happiness. The balls are wooden, the lanes are the proper length...and it just feels right. My childhood self was happy to find them, but my adult self is concerned they're on their way out. While I know bars in NYC have been installing them--I totally need to check them out--bar Skee-Ball will never be the same as boardwalk Skee-Ball... 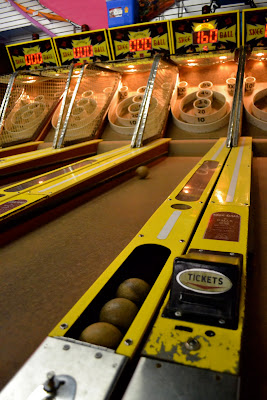 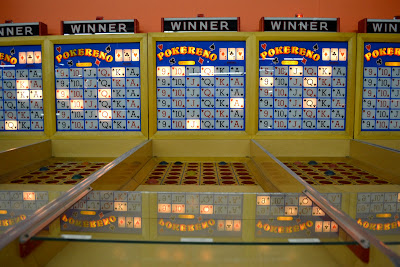 Also spied at the same arcade were a few of these Pokereno machines, another game I totally rocked when I was a kid--I fondly remember shoving dimes into these things during our summer vacations at Cape May. There's something strangely wonderful about rolling a rubber ball down a slope into holes trying to score some kind of Poker-like hand. I know I thought I was seriously skilled when I was 10--I had the aim of a genius--but really, it's totally random...those little balls are seriously bouncy! 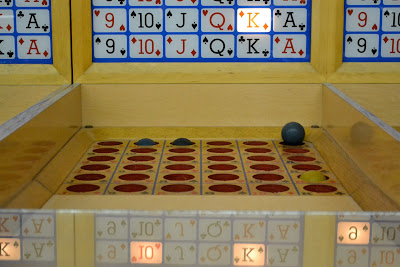 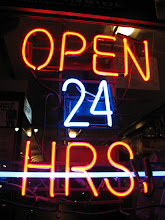 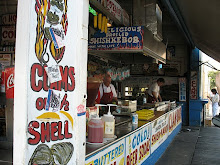 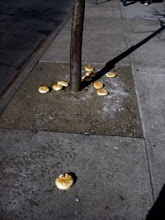 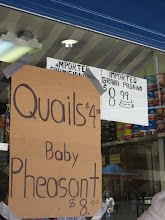 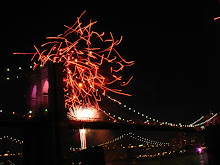 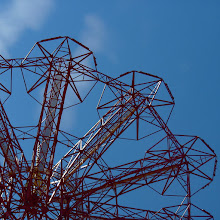